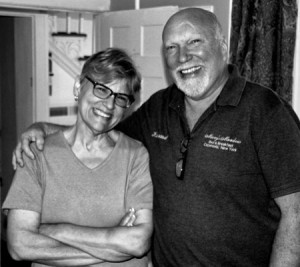 “From its genesis in 1793 Cazenovia was dominated by one extended family, the Lincklaen/Ledyards, who oversaw the development of the community, helped it to maturity, and spearheaded its evolution into an Anglicized rural summer retreat for the urban elite.” Upland Idyll

Lambertus Wolters Ledyard (1836-1897) was the youngest of five sons and one daughter of Jonathan Denise and Jane Strawbridge Ledyard. After graduating from Harvard Law School in 1861, Wolters returned to his beloved Cazenovia and quickly became much involved in village affairs. In 1874, at the height of the industrial revolution and the coming of railroads to Cazenovia, Wolters designed and built the Queen Anne–style house he named Fernwood Farm just south of the village. Here he raised blooded Guernsey cattle, the first such herd in this country. As Wolters Ledyard built his prize herd of Guernsey cattle he periodically travelled to the Isle of Guernsey off the coast of France to purchase stock. In 1883 it was reported that Wolters purchased “twenty eight head of Guernsey cattle to add to his already fine herd.”

When not overseeing the operations of Fernwood Farm and a second property on East Lake Road, which he named Glenwood, Wolters’ leisure time was often spent on Cazenovia Lake. His first sloop, christened the Imp, came to an untimely end following a sailing accident in which two persons drowned. Ledyard scuttled the Imp into the lake and by 1868 a new and larger sloop, christened the Caprice, was moored alongside Wolters’ new boathouse

While the history remains intact, unfortunately the same cannot be said for Fernwood Farm. Falling into severe disrepair, a descendent of the Ledyard family Denyse Ledyard Montegut, and her father, Joseph English, spent years bringing Fernwood Farm back to the fashionable lady she once was. An untimely death stopped the renovations and necessitated the sale of Fernwood Farm that Ginny and Howard purchased in March 2015.

A single-family home since 1874, Fernwood Farm is ready to begin her second life as a country bed and breakfast. Situated on six acres of land, her transformation was completed with four en suite guest rooms at the end of 2015 and welcomed guests for the first time in 2016!